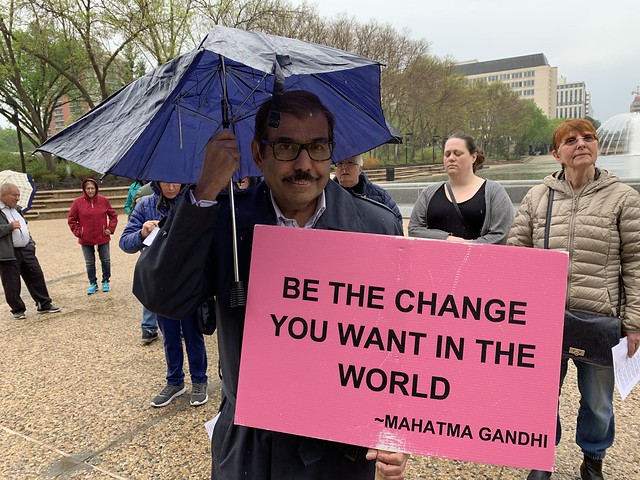 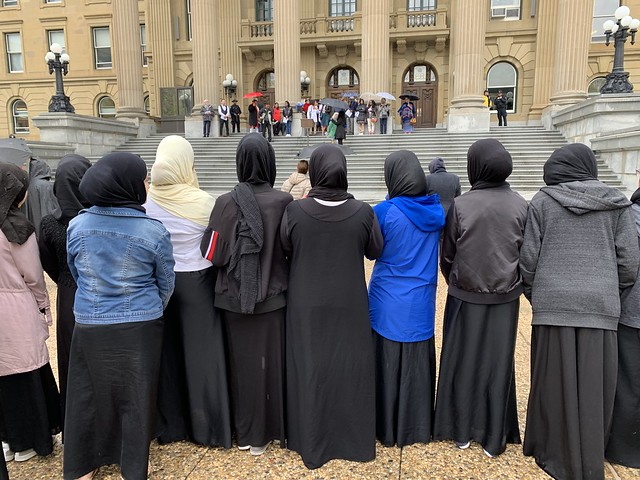 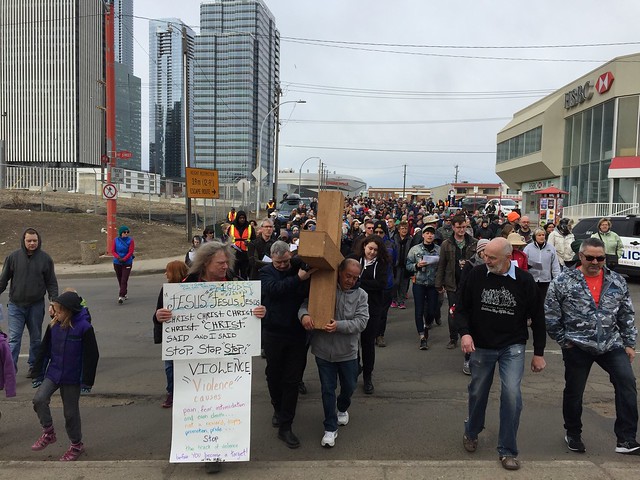 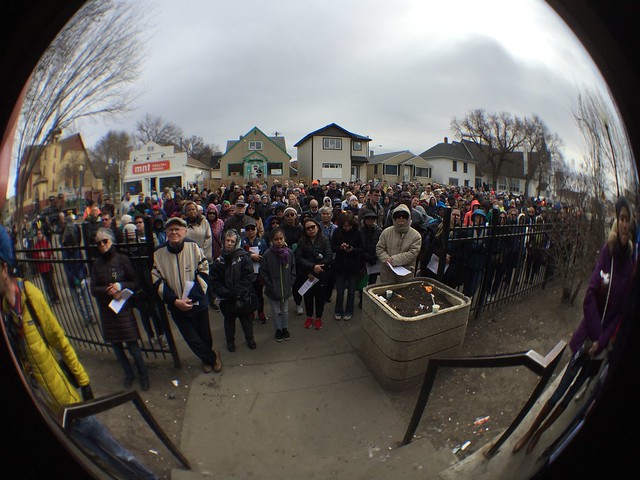 Faith & Social Justice: Reflections on Being an Active Citizen (February 5, 2017 – video only)

I was invited by Southminster-Steinhauer United Church to speak as a guest during the service on February 5. I was asked to speak about my experience as an organizer of the Women’s March on Washington – Edmonton Solidarity Event, as well as activism in general. The theme of the service was “The Spirituality of Activism.” My talk was entitled, “Reflections on Being an Active Citizen.” Here is the text of my talk, as well as a video.

Reflections on Being an Active Citizen

In September of 2005 I showed up to my first peace march. I happened to have a camera with me, and I asked the organizers if it would be okay to take some photos. They said yes. I posted the photos that evening on some website space I happened to have, and announced that I had done so on an email listserv (remember those?). The response was so great that the website crashed. It was at that moment I realized the importance of documenting the activist and social justice movement in Edmonton not only for historical purposes, but as a way of communicating messages of peace, environmental stewardship, gender equality, LGBTQ rights, Indigenous issues, and so on.

I also became involved with a few groups as an organizer, such as the Edmonton Coalition Against War and Racism, and so did double-duty at events on photos and videos, as well as sometimes being a musician or emcee.

Flash forward to November of 2016. I heard about a Women’s March on Washington to happen the day after Trump’s inauguration. The friend who told me about it, asked if something similar would happen in Edmonton, since, after all, I am quite connected to the activist community. My inqueries online led me to a national organizing group overseeing the creation of “sister marches” in cities throughout the country, and I signed up to help with organizing in Edmonton. I was put in touch with two other women who had expressed similar interest, and together we organized one of the biggest rallies held in Edmonton in recent history: reports of 4000, maybe more, people crowded the north side of the Alberta Legislature on January 21, 2017. The experience for me was exhilarating. The energy was palpable. Even though I have never addressed a crowd that large before, any nervous feelings just slipped away when I got to the microphone. It was definitely a day I will never forget.

What was my motivation for getting involved with the Women’s March in the first place? It’s similar to that which motivates me to be involved in social justice in general. From a faith perspective, I was raised in a Jewish household, and while I am not religiously observant in a traditional sense, save for some of the dietary laws, there are some aspects of the Jewish culture and philosophy that continue to shape my life. There is a Jewish value called tikkun olam, which means healing or repairing the world, and this has been a guiding force for me in activism.

More specifically, I viewed the need for a Women’s March in Edmonton in a very local context. I have been appalled by the messages of hate and violence directed towards women politicians in this province. I recoil in horror at stories of Islamophobia directed at women who wear hijabs. In our world today, building love and hope and cooperation between people of all faiths and cultures and genders is more important than ever.

That being said, we, the organizers, worked very hard to make the Edmonton sister march less about Trump himself, and more about the need for a society with civil discourse, where people can disagree without resorting to hate speech, and where there is equity for all people. What was so heartening about the event, was seeing so many men and boys there, standing in solidarity with their partners, daughters, sisters, and mothers.

The question, which, of course, followed the march was: where do we go from here? I, and one of the other organizers, decided to keep the momentum going by building a Facebook page as an offshoot of the main event page, using it to promote local women’s initiatives and related events, and for any future events we may organize. The reaction was strong, and within a few days we had over 700 “likes” and it continues to grow – we’re close to 1000 at the time that I am preparing this talk. When people ask, “what is the lasting effect of something like the Women’s March?” I point out that the simple fact that so many people responded to the event and turned up, is proof in itself that more and more people are not willing to be complacent. That they want a world where gender-based violence, racism, and hatred of all kinds are not acceptable.

I have been involved in activism and attending protests and rallies for over a decade. The main comment I get from naysayers is that protesting has no effect, no lasting result. From all early indications, when it comes to the Women’s March, this is simply not true. Also, “protest” does not necessarily mean standing in the street with a placard. It can mean taking action by writing letters, making phone calls, and being active online in promoting the kind of social justice and change you want to see in the world.

If we want a world with gender equality – or any other form of social justice – we have to be willing to make a stand and put ourselves out there, in whatever way seems appropriate. Recent events in the world continue to demonstrate why we needed to march. To summarize, and to elaborate on a meme I saw recently on Facebook: sometimes we look back at history and think what we would have done had we been there. But we are here now. Whatever we’re doing at this point in history, is what we’re doing because we’re present. Don’t wait until you are looking back and wondering what you could have done. We all have a choice to be active citizens now. 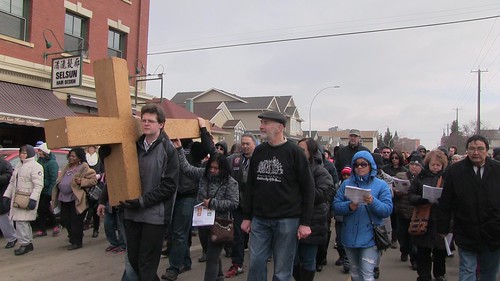 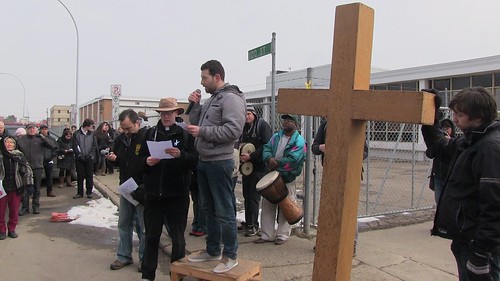 Faith and Social Justice: Mennonites and Refugees – Lunch and Learn (February 8, 2016 – video only)