I am the Marketing/Social Media Coordinator for Mill Woods United Church. On September 3, I presented a reflection on my faith journey and the work I do for the church.

Subtitle: Activism and Spirituality, or, “What’s a Nice Jewish Girl Doing In the United Church?”

I was asked to make a presentation about my spiritual journey, activism, and accomplishments, in the context of what exactly I do for Mill Woods United, in approximately 20 minutes or less. So, please fasten your seat belts. Here we go.

I recall my job interview in the spring of 2016 with Ian, Brian, Mary-Anne, and Janice. It was going pretty well, but there was something I had to fess up to: I wasn’t from a United Church background. In fact – get ready for it – I’m Jewish. “That’s okay,” replied Ian, “So is our Lord and Saviour Jesus Christ.” I tell this story quite often and it always elicits laughter.

Many of you also know me as being involved as the email list and social media coordinator with the Moving Forward with Reconciliation group which is comprised of members from a number of Edmonton’s United Churches. So, how did a nice Jewish girl end up working with the United Church?

I was raised in a fairly traditional Modern Orthodox family. Saturday was the Sabbath. We observed all of the Jewish holy days: the High Holy Days of Rosh Hashana (also known as the “Jewish New Year”) and Yom Kippur (the Day of Atonement and the holiest day on the Jewish calendar), but also Passover and the other feasts and festivals as well. It was fun – I got to take a lot of days off of school for “religious observance.” We also strictly observed the dietary laws, the most well-known of which are no pork products and no shellfish (Levitical restrictions), both of which I still observe to this day.

Then came the teenage years of rebellion, and I, like many of my peers, fell away from the faith of my family. I still always identified as being Jewish but stopped being as observant. Saturday became just another day. I considered myself secular. I didn’t need a spiritual life as such. And so my teens became my 20s and I started to feel a spiritual longing that led me on a path that included everything from east to west, from Buddhism to even a time spent in the Messianic Jewish movement, which is basically Evangelical Christians who celebrate the Jewish roots of Christianity, and Jewish people interested in exploring Christianity in a Jewish context.

It was ironically during my time in this extremely right-wing, Zionist movement that I became interested in getting involved in Edmonton’s activist community – and by activist, I mean of the politically progressive kind. I had always been interested in issues of human rights and social justice but never found a way to connect. Enter the Internet, which I had been spending a lot of time on since my university days. I taught myself how to make web pages, and was starting to learn the ways of what was going to be known as social media.

Eventually, I connected with local groups that dealt with independent media, peace, the environment, women, and Indigenous issues, and as I left organized religion behind yet again I felt more affirmed in my Jewish identity as ever. There is a value in Judaism called Tikkun Olam, which roughly translates to “healing or repairing the world.” In many ways, activism has become a form of spiritual expression for me.

My role as an activist has largely been documenting local social movements through photography and video, posting my work online on my blog RadicalCitizenMedia.com as well as on social media platforms like Facebook, Twitter, and more recently, Instagram. As a result, I have gained a large following online while learning the ins and outs of social media, which I have been able to apply to my work as a communications consultant who works largely with non-profits and NGOs.

For example, in my (just a little over a) year with Mill Woods, I have helped fix up the website, make sure it is updated regularly, while ensuring timely and relevant posts on Facebook, Twitter, and the Instagram account that I set up for the congregation. Ian’s reflections go up every week, announcements are posted, events are promoted, and at the same time I curate material to go online that pertain to the work of the congregation and the wider United Church, particularly concerning Reconciliation and LGBTQ issues, since we are an affirming congregation. Numbers on social media are growing and hopefully this is translating into both communication to congregational members, and inspiring others to attend. In addition, I help proof newsletters and print/promotional materials when required. You get all of this and more, packed into what is now five hours per week.

I heard about the position, which was called Marketing Project Coordinator but is now simply referred to as Social Media, through my involvement with the Edmonton Interfaith Centre for Education and Action, where I am a board member. The building that hosts the Interfaith Centre’s office also houses Garneau United Church, where I occasionally attended as a guest, particularly to video the sermons of a friend of mine who occasionally led services as a layperson. Quite simply, I saw a posting for the job on the communal bulletin board and I applied. And so, here I am.

Last summer I also began working with the group Moving Forward with Reconciliation, which is made up of people from several Edmonton United Churches. I took over the email list announcing events in Edmonton and area pertaining to Reconciliation and Indigenous educational opportunities when the original founder of the group moved to another province. I wanted to enhance and augment the position, and created a Facebook page for the group, as well as a Reconciliation calendar that is now part of the Mill Woods website.

My work in social media, combined with my involvement in activism, started to receive recognition from my community in 2012, when I received the Salvos Prelorentzos Peace Award, an award annually given by Project Ploughshares Edmonton (historically an ecumenical Christian peace organization), to an individual or organization in Edmonton working for the cause of peace, who has not previously been honoured for their work. Around this time I began working with the founding steering committee for the annual Daughters Day event, held in City Hall to honour women and girls for their achievements, the first Daughters Day being held in September of 2012. In 2014, I was named one of the Daughters of the Year at that year’s Daughters Day event for my leadership and being an example to women in activism. Most recently, I was named a Human Rights Champion by the John Humphrey Centre for Peace and Human Rights in December of 2016, and was a co-organizer of the Women’s March on Washington Edmonton “sister march” on January 21, 2017, which saw over 4000 people converge at the Alberta Legislature grounds to proclaim and affirm that women’s rights are human rights.

Most recently, I have become involved with an initiative called Completing the Story. We’re a grassroots group of women who came together last year to address the lack of visual representation of women in public spaces, not only in Edmonton, but throughout Canada and elsewhere. It was a logical move from my experiences with Daughters Day and the Women’s March, to work on projects that work towards an equitable society.

So even though I don’t come from a United Church background, I have always been attracted to the United Church of Canada’s commitment to social justice and a better world. I’ve often told people that if I was Christian by birth, I would have chosen the United Church as my spiritual home. From peace to reconciliation with Canada’s First Nations, to a just resolution to the conflict in Israel/Palestine, the United Church has been a part of all of these struggles, and I am very grateful to have been welcomed into this congregation and to be able to serve you in the capacity of Social Media/Marketing Coordinator.

Environment & Faith and Social Justice: Weeping for the Land: Spiritual Perspectives and Strategies for Healing an Ailing Planet (May 12, 2016 – videos only) 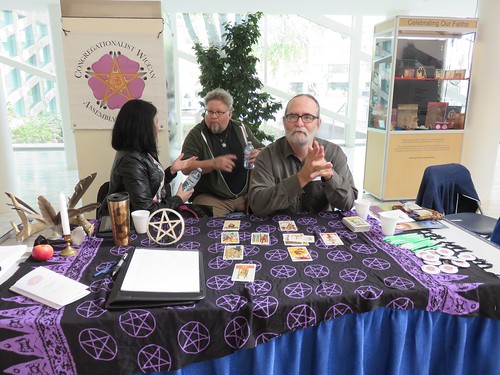 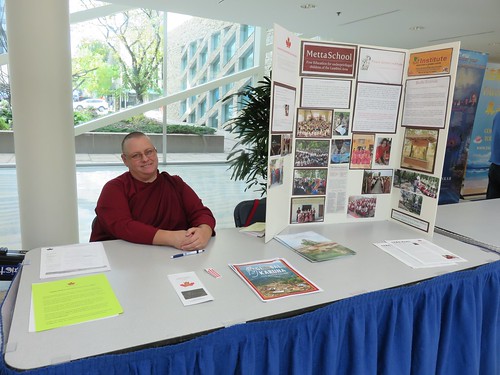